by authors you already know and love.

My go-to genre for holiday novels is (mostly) the happy ever after sort – the reads that will leave you feeling extra good about life, which is exactly what you need when you’re relaxing on your well-earned break.

A great starting point for summer reading lists is to look for the lesser-known gems by authors you already know and love.

Here are a few from some of my favourite lady authors…

Best known for: The Secret Dreamworld of a Shopaholic

Part one of the shopaholic series, based on the life and times of the loveable Rebecca Bloomwood. This novel introduces us to the journalist’s incessant need to shop, her enduring optimism, and the love of her life. It was adapted for film (Confessions of a Shopaholic), starring Isla Fisher.

Set in the 21st century, but with a 1920s’ twist, Twenties Girl documents the adventures of Lara Lington and the ghost of her great-aunt Sadie (yes, really). Funny, witty and very moving.

Did you know? Sophie also writes under her real name: Madeleine Wickham. 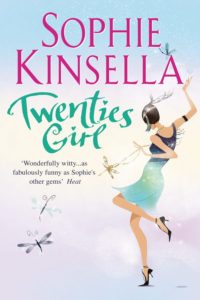 Best known for: Me Before You

A universal story of love, learning and letting go, featuring a portrait of an unlikely couple. Lou and Will were always meant to be together, yet never would have been. This novel was also adapted for the silver screen.

Also worth knowing: The Girl You Left Behind

Depicting why love and belief will always win the war, the novel is set concurrently in 1917 occupied France and present day London – revolving around a courtroom battle for stolen art.

Did you know? Jojo is a former journalist for The Independent. 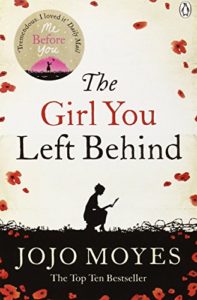 When Vianne and six-year-old daughter Anouk arrive in a rural French town, the villagers become enchanted by them and their tempting chocolate treats. A film of the same name, starring Juliette Binoche Johnny Depp, is based on this novel.

Also worth knowing: The Lollipop Shoes

The perfect sequel to Chocolat, which delves deeper into the world of magic and the seductive power of chocolate. Vianne and Anouk are back with a new little friend, seeking anonymity in the cobbled streets of Montmartre – that’s until the lady with the lollipop shoes arrives.

Did you know? Joanne was awarded an MBE by the Queen in 2013. 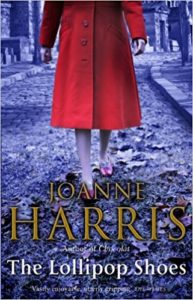 Best known for: P.S. I Love You

Ahern’s debut novel follows the reawakening of Holly, a young Irish widow, who must put her life back together after her husband’s untimely death. Beautiful, touching and bittersweet, the novel was also turned into a box office hit, starring Hilary Swank.

Also worth knowing: The Time of My Life

One day, Life shows up at Lucy’s door. She has become stuck in a rut, preferring to stay in her tiny apartment with her illegal cat. Yet Life means that Lucy must face up to her choices, and to stop existing and start living.

Did you know? Cecelia co-created the hit American comedy series Samantha Who? 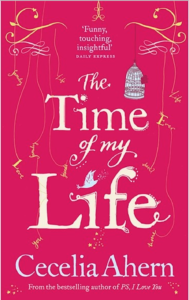 In 3: the art and beauty of letter writing

Candi Creations is my studio. It’s where I happily spend my days writing away for creative agencies, brands and entrepreneurs.